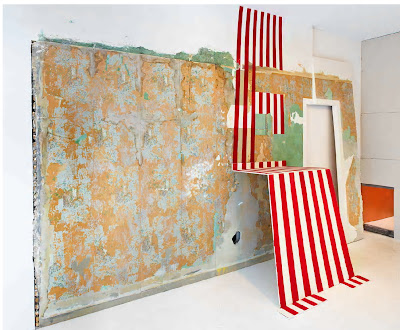 
Born 1962 in Philadelphia/ lives and works in Brooklyn. Lisa Sigal's work lies at the intersection of painting, sculpture and architecture. Her constructions insinuate themselves into the fabric of the built environment.She will take a Sheetrock wall, cut into it, pull back sections, poke a sightline through to a false or a found wall on which she has exposed or composed a painted surface. Sigal's work frames a view which often blurs the distinction between what is found and what is made and ultimately what is real. The core of her work questions the formal and philosophical stability of structure. Recent exhibitions include: "Make Room," Atlanta Contemporary Art Center (2009), "Six Degrees," The New Museum, The Whitney Biennial (2008), "Tent Paintings," Frederieke Taylor Gallery, New York (2007), "The Orpheus Selection," P.S.1 Contemporary Art Center, Long Island City (2007), "Make It Now," Sculpture Center, Long Island City, (2005) "A House of Many Mansions," The Aldrich Museum, Ridgefield, Conneticut (2005). Upcoming solo shows at LAX Art in Los Angelos, CA and Norma Gallery, San Francisco, CA.


Lectures are free and open to the public. 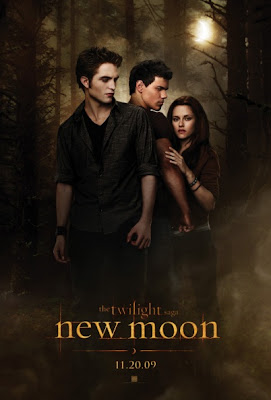 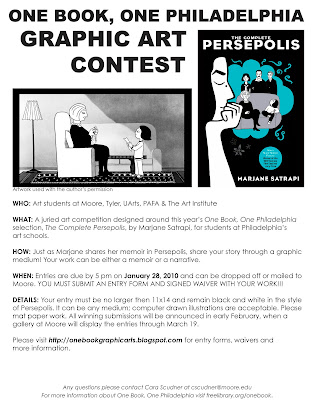 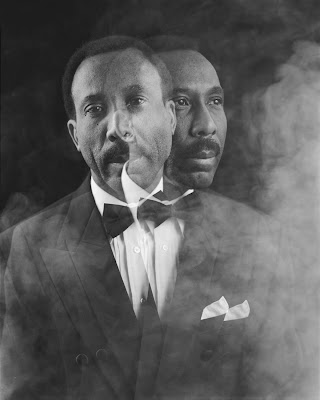 Lectures are free and open to the public. 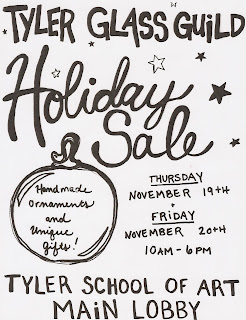 Need an unique Holiday Gift? The Tyler Glass Guild has just what you need. Hand blown and colorful glass perfect for any Holiday needs! Plus you will help support the Tyler Glass Guild Visiting Artists Program! Come to the Atrium of the Tyler School of Art Building between 10 and 6 on Thursday Nov 19 and Friday Nov 20! Your family and friends will love the unique gifts handcrafted by your fellow students!
Get your Holiday Gifts EARLY this year! BE DONE BEFORE THANKSGIVING!
by samanthahookway at 11:14 AM No comments: 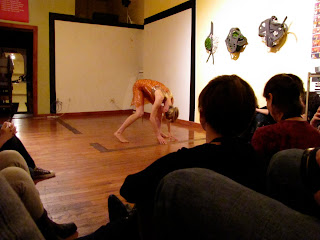 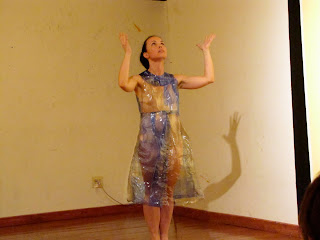 Hey Grads,
I created some dyed plastic garments for a performance tonight at an alt. space in Brooklyn. If you're in the area, come check it out!
-Sarah Muehlbauer
________________________
WHAT: Movement Mash Up
WHEN: Friday November 13th, 8:30 PM
WHERE: Hi Christina!
www.hichristina.com
632 Grand St. between Leonard St. and Manhattan Ave.
Brooklyn, NY
L or G train to Metropolitan/ Lorimer stop
HOW MUCH? $10 suggested contribution
ANYTHING ELSE? Please stick around after the show for drinks with the artists.
IN CASE YOU WERE WONDERING...
Alison D'Amato is presenting he who calls me distant
Hello my friends. Here you are and here I am. All the single ladies, all the single ladies, all the single ladies, all the single ladies. Tell me never to stop. Tell me I cannot be stopped. Look at these bodies over here!
S/he is an improv structure that De Facto Dance is adapting for the space at Hi Christina. In this version, s/he is always a she. She is not alone. She wishes to break away and then come right back.
Patrick Resing is performing with a drumming robot guy that might imitate what he does.
by sarahmuehlbauer at 8:57 AM No comments:

Seeking artists, writers, performers, scientists, humanists...whose works, in and of themselves, embody gesture or the notion of gesture either within the historical/traditional parameters of body-gesturemovement-mark or within gesture’s conceptually abstracted or philosophically linked or socially fused or semiotically connected or scientifically witnessed expanded definitions. Particularly interested in gesture’s transmutation/transliteration/transduction into sound, light, time, and other non-corporeal phenomena.

Gesture (inclusive) will be presented February 9–March 3, 2010 at the Hopkins Hall Gallery + Corridor in conjunction with the international conference Gesture at Large (February 25–27) at the Ohio State University–Columbus Campus. Portions of the exhibition will travel to the Kuhn Gallery of Art, OSU–Marion Campus for exhibition March 29–April 29, 2010.

by sarahmuehlbauer at 11:06 AM No comments: 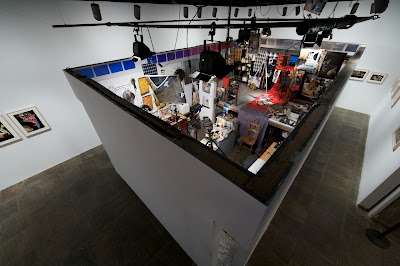 Monday, November 16th
Corin Hewitt
will be speaking about his work at 11am in Auditorium B04


this event is presented by the Critical Dialogues Lecture series and is free and open to the public.

The metaphor of the brain as a database (or, if you prefer, the database as a brain) flatters and anthropomorphizes the machine more than it explains the mind. Gray matter doesn't seem to be organized in a way that makes the storage and retrieval of information easy; rather, the classification and categorization that characterize the database are pre-digital technologies invented to manage the ever-increasing amounts of information that civilization requires citizens to master. Cicero used a "memory palace" when delivering orations. As he spoke, he would imagine moving through a house where each room and object represented points he needed to make in his speech and the supporting evidence he needed to make them. The antithesis of such memory systems might be the dream, the mind's nightly refresher that reconfigures the day's events and data in disjointed, symbolic narratives. Both the memory palace and the dream are based on irrational elements: subjective experience, arbitrary connections, and word play. That the memory palace is created under the thinker's deliberate control only highlights the conscious mind's eagerness to do what the unconscious mind does automatically. Even as Cicero publicly performed the constructs of reason, his brain was circumventing them.

Last July, in a New York University faculty residence on West Houston Street where Picasso's sculpture and I.M. Pei's architecture face off in a courtyard invisible to Google Earth, Alexandre Singh delivered an installment of his Assembly Instructions Lectures, a series of talks illustrated by a pair of overhead projectors. After introducing his audience to Matteo Ricci, a sixteenth-century Jesuit missionary who taught the memory palace technique to Chinese officials to convince them of the superiority of Western (and by extension, Christian) thought, Singh launched into a detailed recounting of a dream he supposedly had, in which Ingvar Kamprad, founder and principle shareholder of Ikea, announced that the master floor plan implemented in every Ikea store around the world encodes a classification of all human knowledge. For instance, the arrangement of shoes, hangers, and sweaters in a display closet, as Singh demonstrated, represented the kingdoms and phyla of life on Earth. What's more, the Ikea system of Singh's dream world does not merely encode--it controls. If something changes in a store--say, a new couch model is introduced for the new season, or a passing child moves a prop coffee-table book around a fake living room--the fabric of reality is altered.

by sarahmuehlbauer at 5:58 PM No comments: 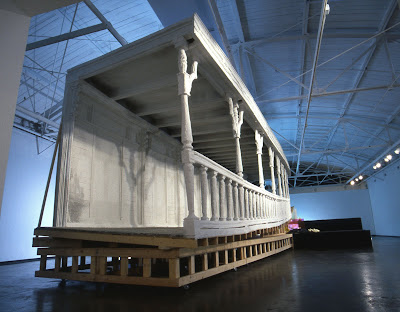 
Lectures are free and open to the public.


The Possibility of Men and River Shallows, 2007

Unfortunately, Taylor Davis will no longer be speaking tomorrow,  November 2nd.
Our next speaker- Michael Jones McKean will be here next week, November 9th - 11AM
by Jenna Weiss at 11:19 AM No comments: